There is a tendency within the Buddhist world, particularly in the West, to see study as merely an inessential adjunct to “practice.” This reflects how much of the Western Buddhist community is still carrying the legacy of the 1960s, which was an anti-intellectual, romantic movement that denigrated study and theory in favour of direct experience. It is understandable why, as that was the case at the time, but I think it is dangerous to unthinkingly perpetuate that view. It risks giving rise to a noncritical discourse which presents the Buddha’s teaching in a way that doesn’t give sufficient weight to the need for developing a reasoned, coherent account of what Buddhist practice is about. If there happens to be internal contradictions in what one says, that is not seen as being too big of a problem as, after all, one might shrug, these are ‘just ideas’. 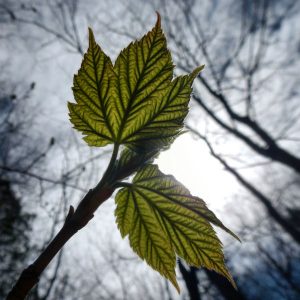 Buddhist tradition, however, has a strong rational and critical thread running through it. When you read the Pali texts, you don’t have the impression that the Buddha is a paradox-loving romantic. He is a very skilled dialectician. He argues and reasons with rigour and clarity and has an enormous skill in using metaphor. He has a great sensitivity to the power of language and words and how to use them in transformative and often provocative ways. That was the source of the tradition that gave rise to such figures as Nā̄gā̄rjuna and other Indian Buddhist thinkers, who developed the critical and rational side of the Buddha’s teachings and founded the different schools of Buddhist philosophy.

Some of the most valuable parts of my own training as a monk were not in meditation skills but in dialectics, debate, and the rational analysis of texts. I found that extraordinarily helpful. As long as we are creatures who use language, we are bound to the principles of rationality and reason simply in order to make sense. If the Buddhist community is going to be able to communicate its ideas and values with the wider public, it needs to have a coherent and rational discourse. I think if we abandon that, we do so at our own peril.

Study is integral to Buddhist practice. I remember a Mongolian lama called Geshe Ngawang Nyima with whom I studied once. He was teaching a class on Buddhist logic. Then someone asked him, “Geshe-la, why do we have to do all this study? Why can’t we do more practice?” And he said, “If you really knew how to study, you would be practising.” To learn how to think clearly, to express oneself articulately: these are practices of the dharma in themselves.

Moreover, study enables us to enter into a closer relationship with the tradition. It provides us with a much clearer sense of where its ideas are coming from and how they are expressed. And modern scholarship, with its emphasis on historical criticism, helps us understand how the teachings attributed to the Buddha are often only intelligible as a critical response to the issues, ideas, and philosophical views of his time.

Study likewise informs my meditation practice by providing it with a clearer framework of meaning and purpose. In order to have meaning, experiences we have in meditation need be translated into some form of concepts and words. If we are practising Buddhists, then surely we need to be as clear as we can about the Buddhist frameworks of meaning. In its broadest sense, practice involves two parallel processes: those of direct experience and those of conceptual and verbal articulation. These interfuse and interweave, sometimes in ways that are difficult to describe.

In the Sangīti Sutta, Sā̄riputta mentions three kinds of understanding (paññā. It is also a model I learned in the Tibetan tradition. There is understanding that arises from hearing (sutamaya paññā), understanding that arises from thinking (cintāmaya paññā ̄), and understanding that arises from cultivation or training (bhāvanāmaya paññā). In other words, you start by hearing the teachings, thereby acquiring information. But information alone is inadequate. You then have to think about it. You need to reflect upon what you have heard in a way that allows you to internalise it, so that it becomes part of a coherent and consistent view of oneself and the world. But this rational, conceptual exercise is still not enough. Whatever insights and understanding you have gained through such reflection need to be translated into actual felt experience. That is done through bhāvanā, cultivating yourself through meditative training so that what began as an idea is brought into being as a lived experience.

At the beginning it is useful to find a teacher who can help you find your way through this morass of texts. Once you get a toehold into the body of material, you can more easily pursue your study yourself, by looking up related passages where the Buddha or one of his monks expands and elaborates on the theme that engages you. This will require a certain amount of legwork, some of which might lead you up blind alleys, but if you persist, you will find that after a while your study becomes a kind of adventure, which can lead you to remarkable discoveries and insights. If study is to become a practice, then it needs to become an open-ended quest of following your own intuitions. I think that is how it should be. But orthodoxies tend to say, “This is what the Buddha’s teachings really mean,” then selectively give readings that support the orthodox view. That can be a useful starting point, but if we are really going to get into this material, we have to make it our own.

There is still this common idea that texts only provide concepts and what really matters is your own experience. This may be true to a point. But “experience” is a vague and tricky term. Your experience might be nothing more than your own highly subjective and idiosyncratic take on something. My experience of meditation has always served as a conversation partner with my knowledge of the textual tradition. I see the two as having an interactive relationship. I would certainly not just trust my experience alone. I would always want to check it against the wisdom of the tradition. But I wouldn’t want to be slavishly devoted to the authority of a textual tradition without it having a connection to my own life. In other words, dharma practice is an ongoing conversation, even an argument, with tradition. You meditate, you do retreats, then you go back to the texts and reflect further on their meaning. That helps inform, clarify, and integrate your experiences so that when you return to the cushion, you bring that knowledge of the tradition with you in a subliminal way.