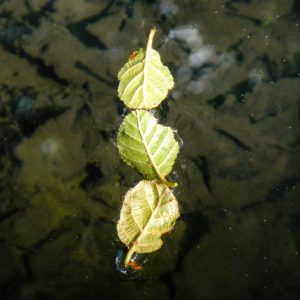 “Secular Dharma” is the name of a two-year modular course taught at Bodhi College that I teach with Martine Batchelor, Renate Seifarth and Jenny Wilks.  In February this year, we began the second of these courses with twenty-three students from Europe, America and Indonesia. But what does “Secular Dharma” mean? And how, if at all, does it differ from what is taught on other courses at Bodhi College?

Simply stated, the approach to Secular Dharma on the eponymous course at Bodhi College is to identify the core values and principles of the Dharma taught by Gotama and then to rethink them systematically in a way that addresses the dukkha of this secular age. Central to the project is the reconfiguring of the Four Noble Truths as the Four Tasks.

The Four Truths and the Four Tasks are not just different ways of saying more or less the same thing. I believe that these two ways of framing Dharma practice are incompatible. While the former is a truth-based metaphysics premised on belief, the latter is task-based ethics premised on action. As I have written elsewhere, I regard them as different “operating systems,” which one might call Buddhism 1.0 and Buddhism 2.0. Whether or not the Four Task model predates that of the Four Truths (which I believe to be the case), it is far more suited to a secular as opposed to a religious framing of the Dharma.

The Secular Dharma I advocate is founded on philosophical scepticism. It values questions more than answers. It heeds the Buddha’s advice to follow a middle way between the claims of “it is” and “it is not,” and is wary of any absolutising claims about the nature of truth or reality. This includes the metaphysical doctrine that “all conditioned things are impermanent, dukkha and not-self,” which Buddhists believe to be the “way things really are.” Yet the reason for attending to these so-called “marks of existence” lies not in bringing one closer to Truth but in supporting the practice of the Four Tasks. For practitioners of Secular Dharma, the sole criterion to judge a teaching is whether or not it facilitates your flourishing as an ethical being. Whether or not it is “true” in some way that corresponds to the nature of “reality” is irrelevant.

By contrast, I have noticed how the secularisation of the Four Noble Truths tends to lead to the psychologization of the Dharma. This is particularly evident in the secular mindfulness world. Since few today can make much sense of the traditional Buddhist doctrine that craving is the cause of sickness, old age and death, teachers tend to interpret it by explaining how craving is the cause not of those things themselves but the additional mental anguish we unnecessarily add to them out of confusion, grasping and fear. To justify this interpretation, they adopt a Stoic distinction between “pain” (which you can do nothing about) and “suffering” (which you can) and then give exaggerated importance to the Buddha’s metaphor of the “second arrow.” This approach reduces dukkha to mental suffering alone and “practice” to the cultivation of contemplative skills that can bring this suffering to an end.

The Four Task model would encourage the practitioner to approach the matter otherwise. Sickness, old age and death are first to be embraced and accepted with non-reactive awareness. One’s habitual aversive reactions to them are likewise to be embraced, but then let go of. This letting go leads to moments of nirvanic stillness and clarity, which allow the opportunity to respond more appropriately to the situation at hand. There is no “right” response based on a belief that sickness, ageing and death (or the mental anguish that accompanies them) are caused by craving. We can only speak of more or less appropriate responses to the unique complexity of the existential situations in which sickness, ageing and death occur.

A key difference between the Four Truth and Four Task model is this: while the former emphasises that craving is the origin of suffering, the latter regards it primarily as what blocks one from entering the stream of the eightfold path. With the Four Noble Truths, the goal of one’s practice is the ending of suffering, whereas with the Four Tasks, the goal of one’s practice is human flourishing. The role of nirvana is turned on its head: instead of seeing it as the destination of the path, a practitioner of the Four Tasks sees it as the source of the path. Nirvana is transformed from the end point of one’s life to the turning point of one’s life. Nirvana is taken off its absurdly elevated pedestal and returned to its rightful place in the beating heart of life each moment.

While many traditional Buddhists regard my views as controversial if not downright heretical, students I meet on retreats are often puzzled why I get so much criticism. They remark that what I am saying does not seem greatly different from what they hear and read elsewhere. The reason for this is that while practitioners today might have a fair psychological understanding of how meditation works, they lack a coherent and comprehensive soteriological (or better: “Dharmalogical”) foundation for their practice. My education as a Gelukpa monk involved acquiring a systematic understanding of the terminology and logic of the Dharma. Replacing the Four Truths by the Four Tasks is not about reinterpreting one particular Buddhist doctrine. It is about reconfiguring the core conceptual and logical frame for one’s Dharma practice as a whole. I see this work as a continuation and direct outcome of my scholastic training with Tibetan geshés.

The primary purpose of Bodhi College is to offer students a richer and deeper context for their practice, one grounded in the early Buddhist discourses. This is the aim of all our modular courses. The Secular Dharma course does not provide anything like as broad an overview of Early Buddhism as the Committed Practitioners’ Programme. Instead, it focuses entirely on providing the students with a thorough understanding of the Four Tasks as the operating framework not just for meditation practice but for their entire life. For some this will entail “unlearning” much of what they already know about Buddhism, in particular the doctrine of the Four Noble Truths. For convenience, I call this approach “Secular Dharma” but in fact I believe it is simply the Dharma before it was subsumed into the soteriological frame of mainstream Indian religion.