A pilgrimage with Martine and Stephen Batchelor, Shantum Seth and Akincano Weber 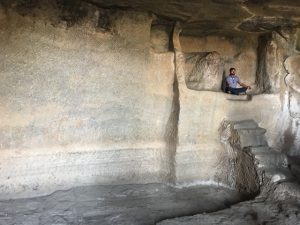 Join us on this trip of a lifetime.

This two-week pilgrimage through India takes us to some of the few surviving Indian sites where Buddhism flourished on its home soil from 3rd Century BCE.

Starting from Mumbai and finishing back in Mumbai or in Delhi, we will visit around a dozen surviving rock cut Buddhist temples and monasteries such as Karla, Ajanta and Sanchi – largely found in beautiful rural landscapes. Here, our teachers will lead the group in meditation, study of the early Buddhist texts and talk and discussion.

Many of these sites are off the  typical Western tourist map, as well as the principal Buddhist pilgrimage routes, so 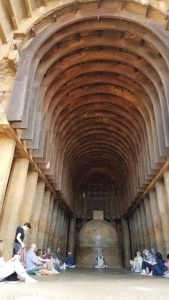 we hope that the group will be able to enjoy these extraordinary sites in relative tranquillity. There will also be the opportunity to meet members of the largest Buddhist community in India today, the followers of the Ambedkarite Buddhism.

In addition to the two-week pilgrimage, there will be an optional add on of a three day Delhi – Agra sightseeing tour. This will take you to the main sites of worship in Old Delhi for Islam, Jainism and Sikhism, as well as the Taj Mahal in Agra – build by Shah Jahan as a mausoleum for his wife.

A full itinerary for the pilgrimage can be found on the BuddhaPath website.

The trip is open to all 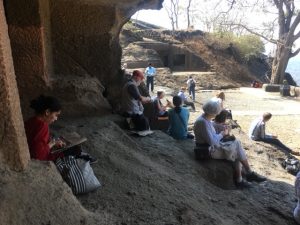 Travel will be on our own air-conditioned coach and accommodation is especially selected by our partners from the best available in the surrounding vicinity, based on shared, twin-bedded rooms with a private bath or shower and toilet. In some cases rather luxurious and in one place rather simple. 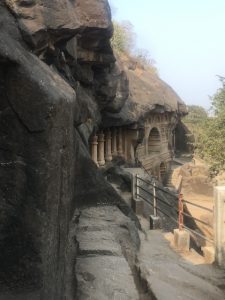 The single room supplement is an additional US$2500.

The tour price includes: airport transfers and escort services in Mumbai/Delhi, guide services, transportation, monument entrance fees, all meals, bottled water and lodging arrangements (based on twin-sharing rooms) for the duration of the pilgrimage.

Please note that the cost does not cover:
International airfare to and from Mumbai/Delhi, visas and other international arrangements, extra days spent in India beyond the dates of the pilgrimage, excess baggage fees on the flights, laundry and medical and other insurance coverage such as travel insurance.

For full details and to book, go to https://www.buddhapath.com

STEPHEN BATCHELOR is a translator, teacher, artist and writer known for his secular approach to the Dharma. A co-founder of Bodhi College, his books include Buddhism Without Beliefs, Living with the Devil, Confession of a Buddhist Atheist and After Buddhism. His most recent publication, The Art of Solitude, was published by Yale University Press in 2020. He lives in southwest France with his wife Martine.

CHRISTOPH KÖCK was born in Vienna, Austria, and spent 17 years of his life as a Buddhist monk in the Theravadin tradition. He lived mainly in monasteries connected with Ajahn Chah in Thailand and the West. Currently he lives in Vienna, working as a psychotherapist in a private practice. He teaches Buddhism and meditation internationally, and is trained to teach MBSR and MBCT.

SHANTUM SETH is an ordained Buddhist teacher in the tradition of Thich Nhat Hanh. He teaches in India and across the world, and has been leading pilgrimages ‘In the Footsteps of the Buddha' and other multi-faith and transformative journeys since 1988, including educational journeys for students through Eleven Directions. He is actively involved in social and educational programmes including work on cultivating mindfulness in society, with educators and the police/CRPF amongst others. This is pioneered by the NGO, Ahimsa of which he is a Co-Founder. His mission is ‘Peace in Oneself, Peace in the World’.

AKINCANO M. WEBER is a Swiss Buddhist teacher and psychotherapist (MA). A former monk, he has lived and practised for 20 years in European and Thai Forest monasteries. Particular interests are early Buddhist texts, stillness and contemplative psychology. He is the guiding teacher of Atammaya Cologne, Germany, part of the CPP programme and of several Mindfulness teacher training courses, and teaches meditation and Buddhist Psychology in secular and traditional contexts in Europe and overseas.